The American Rheumatology Network (ARN) has been so successful with cost management, particularly via the use of biosimilars, that it believes its model is worthy of emulation, said Colin C. Edgerton, MD, executive chairman of ARN, who spoke on the subject recently in an Academy of Managed Care Pharmacy–sponsored webinar.

“Certainly, rheumatologists are eager to see price reductions, which will lead to increased patient access to these critical medications for our patient population,” Edgerton said. 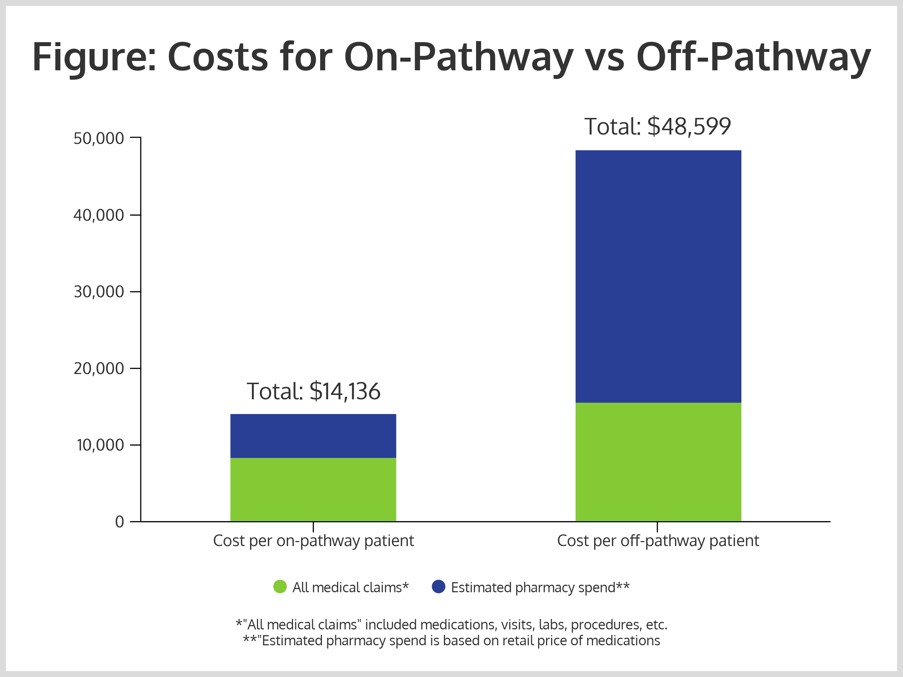 The model of care was constructed via discussions with providers and payers. The challenge was to convince all stakeholders that the use of biosimilars represented both savings potential and good care for patients. In some cases, payers had contractual agreements with originator drug manufacturers that represented barriers to biosimilar use. However, Edgerton has said it was possible to mitigate these circumstances by speaking a language that payers understood: biosimilars can represent lower costs and good care for patients.

The pathway model has been made available to independent practices represented by ARN.

Edgerton said that 65% of patients at his practice were on the pathway (n = 1867) and that by raising that by 5 percentage points, another $5 million in savings could be generated.

“It goes to show the real power you have when you intervene on the provider behavior in a way that adheres to national guidelines; a relatively small number of patients can lead to a very substantial savings,” Edgerton said.

Savings Matter in a Rising-Cost Environment

An estimated $120.1 billion was spent on biological medicines in 2017, up from $76.9 billion in 2013, according to a Forbes analysis. Edgerton believes the steady increase is unsustainable, especially in the rheumatology profession. “There’s a palpable discomfort that rheumatologists feel as a small specialty with a bull’s-eye on our backs, given the prescribing of these very expensive medications,” Edgerton said.

Additionally, rebates, step therapy, and prior authorization policies have led to price increases for patients.

Weathering the Storm: A Successful Rheumatology Practice During the COVID Crisis

AHG Physician Featured: What Does 2020 Hold for Biosimilars? Industry Experts Weigh In